The programme of ArtVaults: Live came to a close on the final weekend of September.

The month long programme saw ten events take place over five weekends in September within an installation by artist Amanda Moore, that transformed Canute’s Palace near the bottom of Southampton High Street.

The final weekend saw Svetlana Ochkovskaya build her glow in the dark site specific installation, which also included a performance. This was followed by Spontaneity Knotting by artists Kane Applegate, Andrew Jones, and Robin Price who ran a collaborative workshop on the Sunday that taught participants maritime knots.

Other highlights of the five week programme included a launch night with a performance by Mad King Ludwig, an immersive alternative audio history tour by Wilfred Tomescu, a collaborative undertaking led by Amy Scott-Pillow to build a dwelling within the ruined building, and performances by street theatre group Sarah Siddons Fan Club.

It’s estimated that over 20,000 people would have seen Amanda Moore’s spectacular installation, while 1,500 visitors engaged in the events.

Other seasons of ArtVaults are set to return in the future, in the meantime, in spring next year God’s House Tower – located just a stone’s throw away from Canute’s Palace will reopen as a new arts and heritage venue with an ongoing evolving programme of visual arts and events.

You can see more of Svetlana Ochkovskaya’s work on Old Northam Road as her new installation, Arcane World, launches in the window of what was the Hidden Wardrobe. The installation will be viewable from Friday 10th October and will be in place throughout the winter. 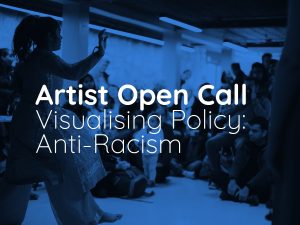 GHT is reopening this weekend!

'A Sound Journey to Freedom' launches this weekend at GHT