A CGI rendering of the final development. Image courtesy: pmc

‘a space’ arts is close to completing another major public art project.

The commission at East Street in Southampton is one of several public art projects nearing completion along with commissions at Cumberland Place, Winterbourne Abbas (Dorset), and Bracknell (Berkshire).

‘a space’ are working with former Arches resident Ian Kirkpatrick on the ambitious project. The artist, now based in London, has spent the past months working on a huge mural design for the residential development by National and Regional Property Group. The design will be printed onto ceramic tiles and once complete will measure 2 metres wide by 8 metres tall.

The development, which features a 15 story tower replaces old shop units next to Debenhams on the corner of East Street and Queensway.

Ian is a Canadian contemporary artist now based in London. He creates most of his work digitally, then manufactures it out of industrial materials. He has produced commissions for the London 2012 Olympics, the Tour de France, and the Oxford Museum of Natural History – and has completed public art projects in Leeds, Middlesbrough, Amsterdam and Rotterdam.

We asked Ian what inspired the design and what’s it’s like working on a project in the city again.

‘The design of the mural was inspired by the history of the area – in particular the East Gate of Southampton’s city walls, which once stood near the new Gatehouse building. I wanted to remix iconography from past and present into a colourful landscape that playfully tells the story of the community since ancient times. Roman, medieval and modern iconographies are combined together into a tall, vertical design that can be read almost archaeologically – with the earliest history at the bottom, rising up to present day at the top.’

‘Southampton is the city where I became a practicing artist. My first gallery exhibition was at the Bargate Monument Gallery – and my first studio was at the Arches, both managed by ‘a space’. Although I moved away in 2012, I’ve returned several times over the years and have enjoyed watching the city grow and transform. So it was a special honour for me when ‘a space’ asked me to produce a piece of public art for the new Gatehouse building. I’m thrilled to know that my work will become a permanent part of Southampton’s future.’

The development is being built by construction company pmc who are set to install the mural when the development completes later this year.

This is the third project ‘a space’ has worked on with National and Regional Property Group. We’re able to continue to use our expertise within the visual arts to improve the public realm and enhance our own neighbourhood having also completed public art projects at Queensway and the Old Fruit Market; both are further along Queensway and just a stones throw away from Tower House and God’s House Tower. 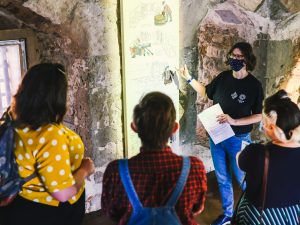 GHT is reopening this weekend! 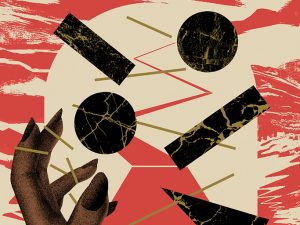 'A Sound Journey to Freedom' launches this weekend at GHT 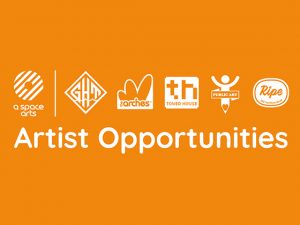